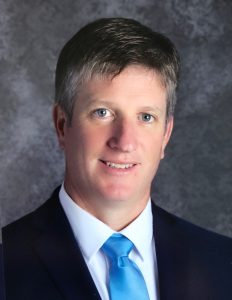 Gareth Reid began teaching at Turnbull School in 1998 after three years of teaching in an independent school in British Columbia. In 2003, he moved into administration as Principal of our Senior School; in 2007, he was appointed overall Principal of the school, and then Director in 2012.

Over the years, our students and parents have appreciated his fair, calm and reasonable approach. Gareth enthusiastically heads our school and promotes the standards of excellence and caring that leads our students to experience so much success. 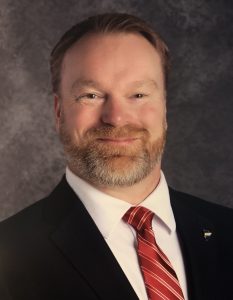 Buddy Clinch is the Principal of the Junior School (K to Grade 5) and has been at Turnbull School since 1999. Prior to this, he taught in the province of Quebec for six years.

Before joining our administration, he was a homeroom teacher in our Junior School. He completed a Specialist in Guidance and Career Education from Nipissing University, which helps him in his day to day role when working with students and parents. Buddy also thoroughly enjoys his role as Assistant Band Director. He has sound knowledge of the curriculum and the developmental stages of children, and his patience, kindness and understanding are traits that both parents and students appreciate when working with him. 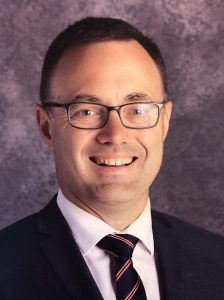 With his commitment to life-long learning, Craig has acquired additional curriculum qualifications, including Intermediate English, the Specialist levels of Computers in Education and Cooperative Education, as well as his Junior Division qualifications. He is a positive role model, and the students, staff and parents have come to admire his energy, commitment and innovative ideas. 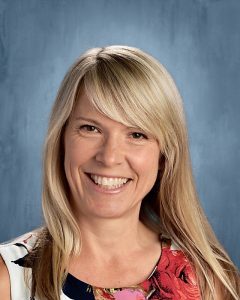 Rachel Fabich began her career at Turnbull School in 2003 as a teacher. Prior to moving to Ottawa, she worked for the Hamilton Wentworth District School Board as an Intermediate and Special Education teacher. Rachel has taught students in all three divisions at Turnbull School (Primary, Junior and Senior). She completed her B.Sc. (Hon) in Human Kinetics from the University of Guelph in 1999 and a B.Ed. from Brock University in 2000. In addition to her Junior/Intermediate qualifications, Rachel completed her Primary specialist and training in multi-sensory learning for students with dyslexia.

As a teacher Rachel was actively involved in the extra-curricular life of Turnbull School. She coached both boys and girls in soccer, volleyball and other sports and she has led the after-school running club. Rachel also worked with colleagues to develop teams to compete at the Kids Lit Quiz. She is a dedicated fundraiser and active participant in Turnbull School’s partnerships with The Ottawa Hospital and United Way. Rachel cares deeply for the well-being of the students and has worked collaboratively with her colleagues and families to help create a challenging, inclusive and supportive learning environment. Her vast experience greatly supports her in her new role as Registrar, with the main goal of helping families make the best educational choices for their children. 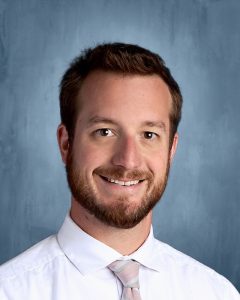 Brian has been a certified teacher since 2009. Prior to joining Turnbull School in 2013 he gained valuable professional experience as a teacher with two local school boards. Brian has a B.A. (Hon.) from Carleton University and a B.Ed. from Queen’s University. He has also completed a number of additional qualification courses including a specialization in mathematics.

Brian has enjoyed taking part in many of the extracurricular activities offered at the School, including coaching the junior boys’ soccer team to two regional championships, as well as helping to establish a competitive chess club. He has been a leader at Turnbull since 2016 when he became Summer School Principal. In this role, Brian helped to mentor new teachers, maintain and develop quality summer programming, while supporting students and parents during their summer learning experience. Brian is an energetic educator who works collaboratively with his colleagues while promoting a positive work environment for the students. 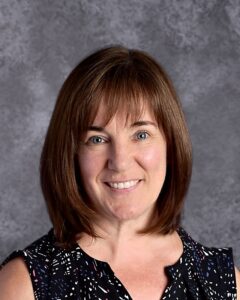 Brenda Cole began her teaching career in 1991 after graduating from the University of Alberta. She joined Turnbull School in the Junior School in 1997, teaching grades four and five. She also served as Academic Head until her maternity leave in 2006.  In 2015, she returned to join the Senior School. Brenda is always looking to expand her professional knowledge, taking many additional qualification courses, including the Specialist level in Reading, Mathematics, Special Education, and Computers in Education.

Brenda shares her passion for literature and mathematics with students both in class and in extracurricular clubs. In addition to working in both the Junior and Senior divisions of the school, she was also a Summer School Principal. Brenda enjoys hosting a variety of clubs and being involved in larger events such as the annual Science Fair and the Graduation and Closing Ceremony. As Vice Principal, Brenda co-ordinates programming for students and oversees curriculum expectations and resources to support the senior teaching team.

Thank you for running such a well-organized school that I am proud to call my children’s second home. You have created an environment that I am honoured to be a part of.

Many thanks to the teachers and all those involved in teaching our children to have good social skills and values.  It is so fantastic to have that support from a school.  I know that we try our best to instill these values in our kids at home, and it is so effective for the kids to see them being used in their outside life.

The respect that the staff show each other, the students and the various causes and situations in our school has a huge impact.