Every year, students in Grades 5 to 8 have the opportunity to participate in a major theatrical production. On May 2, 2019, the Turnbull School Drama Troupe performed Anne of Green Gables.  Past productions have included Robin Hood (2018), The Wizard of Oz (2017), Alice in Wonderland (2016), Charlie and the Chocolate Factory (2015) and Jack and the Beanstalk (2014). Each year over 100 students were involved in the production – including actors, backstage crew members, set painters and hair and make-up artists. Students in the Turnbull School Concert Band are also involved in these productions, playing beautiful melodies for our musicals. This thriving extra-curricular activity gives every child an amazing opportunity to experience the exciting world of theatre. 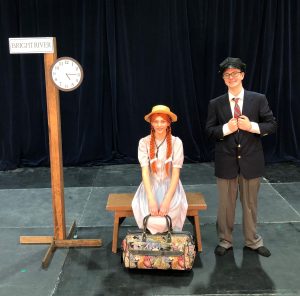 Anne arrives at the train station. Anne of Green Gables, May 2019

The Sheriff and his men. Robin Hood, April 2018

Some cast member from The Wizard of Oz, April 2017 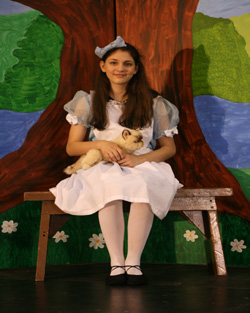 Alice and her cat.
Alice in Wonderland, May 2016 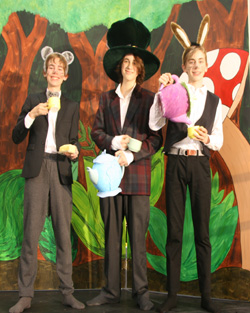 The Madhatter, Dormouse and March Hare.

Some cast members from
Charlie and the Chocolate Factory, May 2015